Loomo, previously known as Segway Robot is an open platform for engineers and designers to create the ultimate personal robot by building robot applications and accessories.

By using our Software Development Kit (SDK), developers can control the base assembly and robot head at a proper abstraction level. Users can access the sensor data including aligned RGB-Depth images from Intel's RealSense camera, poses from Inertial Measurement Unit (IMU), as well as built-in perception functions such as mic-array based voice recognition. Through the hardware extension bay in the back, mechanical and electrical engineers can design and attach additional components to the robot; allowing even more flexibility and a wide range of creative possibilities. 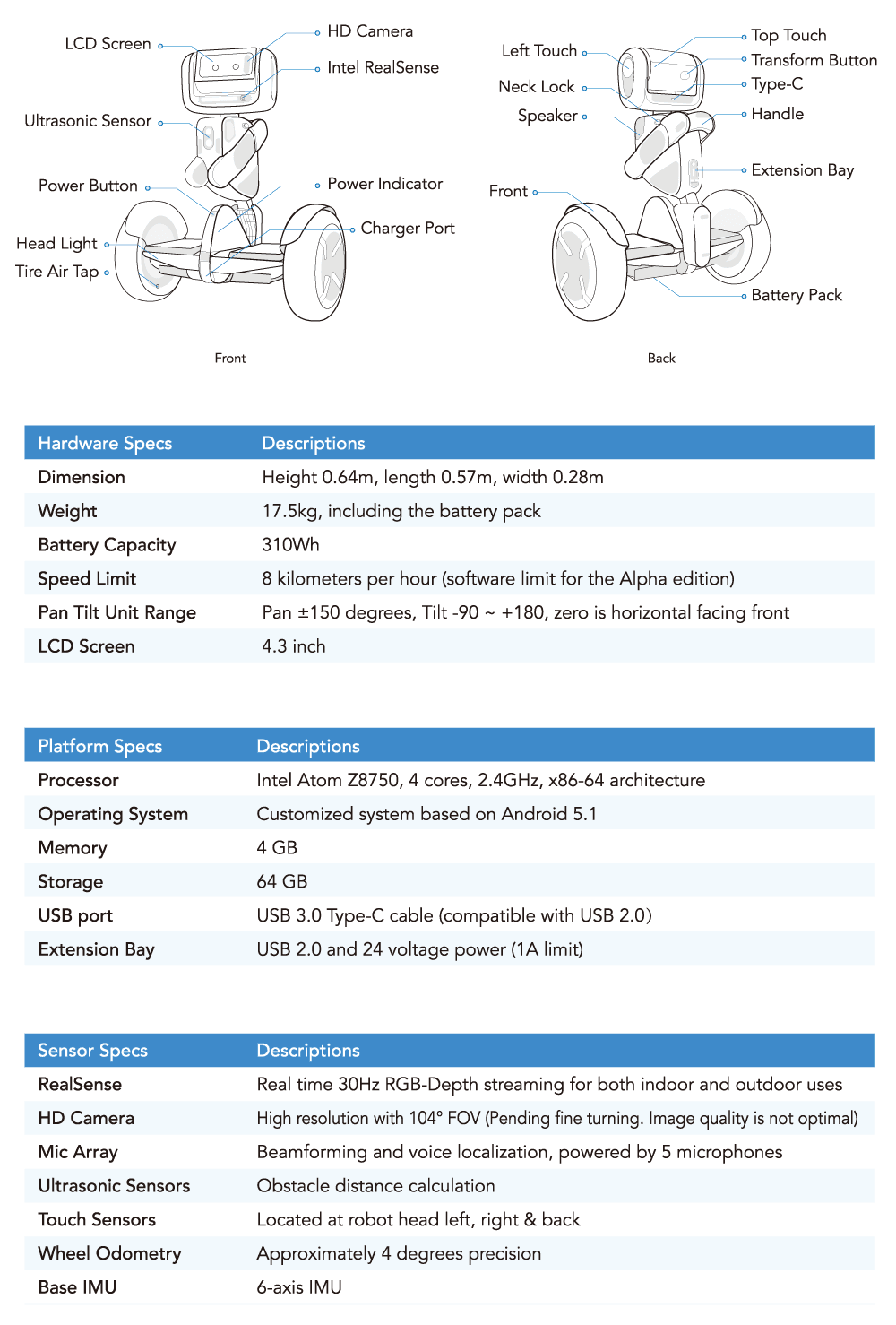